W12’s buyers and sellers appear to have stayed at home during the winter months, with the latest figures from the Land Registry showing the market in deep freeze, with transactions slowing to a trickle.

Though there still may be some late additions, the number of property sales in the final quarter of 2019 were down by over 50% on the same period one year ago.

The overall average price meanwhile also dropped by 9% compared with the same period in 2018, though it was up by a small 2.7% on the previous quarter.

The price of flats also appeared to show a drastic fall of almost a third over the year, but that is mainly explained by the slowdown in sales at the redeveloped Television Centre. During the last three months of 2018, 22 apartments changed hands, all priced between £1 million and £2 million. 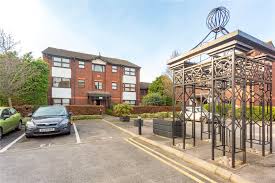 The most popular area with buyers of both flats and terraced houses was the W12 9 postcode, in the leafy west of our area, from the streets around Askew Road to the border with Chiswick.

Sales of homes in streets such as Wendell, Bassein Park and Rylett Roads, priced between £1,400,000 and £2 million, helped to push the average value of terraced houses up by 27% over the previous quarter to £1,233,996.

A semi-detached house in Rylett Road meanwhile achieved the highest sale price during the quarter at £3,500,000.

And while the short term picture appeared rather gloomy, the figures for the final three months of the ‘tweenies’ decade did show the long term value of property, with prices of flats rising by 93.8% over the previous ten years and terraced houses soaring by 126%.

As we head into spring, we are already seeing numerous reports of the market recovering and heading for a post-Brexit ‘Boris Bounce’. But Teresa Brewer of local agency Finlay Brewer is slightly more cautious, saying: ” Before everyone gets too carried away though, these are headlines written to sell news. The facts of the matter are currently a little less frantic in West London.

“Yes there is a more positive feeling out there – no doubt about it – it is just going to take some time for the West London market to re-calibrate. There are some excellent buyers in the market and more properties are being put on the market so we are definitely seeing more activity than in 2019 but it is more of a gentle and healthy pick up rather than a bounce.”

We found this article about Shepherd’s Bush Property Market on shepherdsbushw12. Kindly click the link to read the full story.